On Monday 10th September 2018 the Transforming C19th HIP project, in partnership with the RMA, will be holding a (free-to-attend) Archival Research Study Morning at the Music Faculty of the University of Oxford. Guest speakers include Rupert Ridgewell (British Library), Tim Jones (Royal Academy of Music, London), Rachel Cowgill (University of Huddersfield), Richard Sutcliffe (Royal Conservatoire of Belgium) and Martin Holmes (Bodleian Library, Oxford). The event is aimed at anyone interested in archival research related to music and it will be especially relevant to early career researchers, performers / performance researchers, and graduate students. 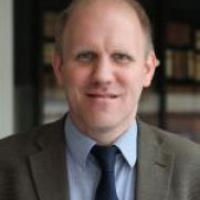 He is the manager of the Concert Programme Database, a research project funded by the AHRC and led by the School of Music at Cardiff University in conjunction with the Royal College of Music, London. The database went live in early December 2007.

Professor Timothy Jones is a performer and musicologist. His career encompasses a busy schedule as a musician. As a continuo player, he has performed a wide repertoire of 17th- and 18th-century music, while as a pianist he has mainly worked in the music of the classical period and of our own day (including many premieres). As a keyboard player, he is particularly interested in the role of improvisation within composed musical structures.

Timothy’s main scholarly interests lie in Viennese classical music and the relationships between analysis, interpretation and performance. He is the author of Beethoven: The ’Moonlight’ and Other Sonatas op.27 and op.31 (Cambridge 1999), a new edition and completion of Mozart’s Requiem fragment K. 626, and articles on technical issues in music by Mozart and Haydn. He is currently writing a book on expressive troping and reciprocity in Mozart’s instrumental music for Indiana University Press. In recent years he has also developed research interests in nineteenth-century French instrumental music. He contributed a chapter to French Music Since Berlioz (Ashgate 2006) and has written about the style and aesthetics of the French symphonic poem at the end of the nineteenth century. 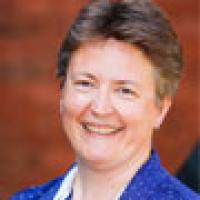 Professor Rachel Cowgill is Head of Music and Drama in the School of Music, Humanities and Media. Rachel works in the area of cultural musicology, exploring the place, practice and meaning of music in its cultural, historical and political contexts. She has published widely on British music and musical life from the late eighteenth century to the early twentieth century; opera studies; music, conflict and memorialisation; Mozart reception and canon formation; and gender, sexuality and identity in music. Rachel’s research has been funded by the British Academy and the Arts and Humanities Research Council (UK), and she was a member of the Leverhulme International Research Network Enchanted Modernities: Theosophy, Modernism and the Arts, c.1875–1960, led by Sarah V. Turner (Paul Mellon Centre for Studies in British Art and University of York). Currently she is principal investigator for In Concert: Towards a Collaborative Digital Archive of Musical Ephemera, part of the AHRC’s Digital Transformations project, Transforming Musicology, led by Lancaster University, and a member of the Romantic National Song Network funded by the Royal Society of Edinburgh led by Kirsteen McCue (Glasgow University).

Richard Sutcliffe began his musical training as a modern violinist, earning bachelor diplomas in violin performance and music education from the Crane School of Music at the State University of New York. During these studies he furthered his interest in early music performance and began studying the viola da gamba. His interests led him to the Royal Conservatoire of Belgium (Flemish division) where he earned master diplomas in viola da gamba and chamber music, studying with Wieland Kuijken followed by a license diploma from the Orpheus Institute in Ghent specializing in historical performance research. Since 2014 he has been pursuing a doctorate in musicology at the University of Birmingham focusing on the mid-19th century violin classes of the Brussels conservatoire.

Mr. Sutcliffe has performed in Europe and the United States on violin and violas da gamba both as a chamber musician and soloist. He has published research on the late history of the viola da gamba as well as the Belgian violin school of the 19th century and is a frequent presenter at conferences. He teaches viola da gamba at the music schools of Brussels and Mechelen and has been guest instructor at the University of Birmingham. He is currently the research facilitator at the library of the Brussels Royal Conservatoire (Flemish division). 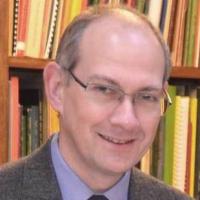 Martin Holmes is the Alfred Brendel Curator of Music, The Bodleian Libraries, University of Oxford.