Principal Investigator, Claire Holden, is a professional period instrument violinist and has been a member of the Orchestra of the Age of Enlightenment (OAE) since 2000. With OAE, Claire has performed and recorded a vast range of Baroque, Classical and Romantic repertoire, varying from self-directed chamber programmes to early twentieth-century symphonic repertoire and commissions by contemporary composers. In addition, Claire has played with many other period instrument ensembles including The Sixteen, Florilegium, Steinitz Bach Players and Collegium Musicum 90.

Claire was awarded an AHRC Fellowship in the Creative and Performing Arts in 2010, and she spent 4 years at Cardiff University researching early nineteenth-century violin playing and lecturing on historical performance before coming to the University of Oxford Music Faculty as a Research Fellow in 2014. In April 2016 Claire became Principal Investigator on the 5 year, AHRC funded Transforming C19 HIP project, leading a team of four researchers. Claire is also a Postdoctoral Research Fellow at Christ Church, Oxford.

Claire teaches Historical Performance classes at the Royal Academy of Music, London and has given lectures, workshops and masterclasses and coaching projects in many UK universities and conservatoires, as well as at the Koninklijk Conservatorium, Den Haag, Universität der Künste Berlin, Université de Poitiers, L’Université Paris-Sorbonne, Jeune Orchestre de l’Abbaye (Abbaye aux Dames, Saintes). She has presented a number of pre-concert talks at the Royal Festival Hall, Queen Elizabeth Hall London and on the radio for the BBC Proms. Claire is often asked to provide advice and coaching to soloists, orchestral leaders, and professional ensembles on early nineteenth-century string playing. 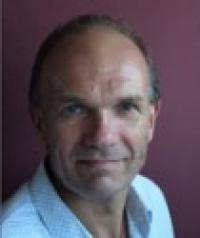 Eric Clarke, Co-Investigator, went to the University of Sussex to read for a degree in neurobiology and graduated with a degree in music. After an MA in music and a PhD in psychology, he was appointed to a lectureship in music at City University, London in 1981. He became the James Rossiter Hoyle Professor of Music at Sheffield in 1993, and took up the post of Heather Professor of Music at the University of Oxford in October 2007. He has held research grants from the MRC, ESRC, Nuffield Foundation, British Academy and AHRC, was an Associate Director of the Arts and Humanities Research Council´s Research Centre for the History and Analysis of Recorded Music (CHARM) from 2004-2007, and was an Associate Director (2009-2014) of the AHRC Phase II Research Centre for Musical Performance as Creative Practice (CMPCP), leading a project on collaborative creativity in contemporary concert music. He was elected to membership of the Academia Europaea in 2009, and was made a fellow of the British Academy in 2010.

His research covers a number of areas within the psychology of music, music theory, and musical aesthetics/semiotics. He is the author of Ways of Listening. An Ecological Approach to the Perception of Musical Meaning (OUP, 2005), co-author with Nicola Dibben and Stephanie Pitts of Music and Mind in Everyday Life (OUP, 2010), and co-editor of Empirical Musicology. Aims, Methods, Prospects (OUP, 2004), the Cambridge Companion to Recorded Music (CUP, 2009), Music and Consciousness (OUP, 2011; volume 2 in press), and Distributed Creativity: Collaboration and Improvisation in Contemporary Music (OUP, 2017). He has published widely in journal articles and book chapters on topics including expression in performance, collaborative creativity, the perception and production of rhythm, musical meaning, the relationships between music and language, the analysis of pop music, the history, perception and aesthetics of recorded music, music and the body, music and consciousness, and music and space.

Research assistant Marten Noorduin hails from The Netherlands, where he studied musicology, art history, and languages at Utrecht University, as well as piano performance at the conservatoire in Tilburg, before moving to the United Kingdom to pursue a postgraduate degree in musicology at the University of Manchester. In 2016, he completed his doctoral research on Beethoven’s tempo indications under the supervision of Professor Barry Cooper. He has also written a number of articles on issues related to performance practice in the nineteenth century. Besides performance practice in nineteenth-century music, his research interests include source studies, publishing in the nineteenth century, empirical and statistical approaches to music and performance, and performance cultures.

In addition to his activities as a researcher, he has taught at the University of Manchester for more than three years, and has given guest lectures at conservatoires and universities in the United Kingdom and the Netherlands.

His publications can be found at https://oxford.academia.edu/MartenNoorduin 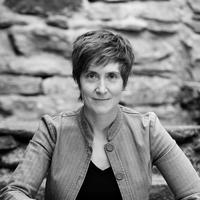 My research is focused on the social-psychological and socio-political aspects of orchestral music-making – from the intricacies of co-performer communication in modern and historically informed contexts, to the politics of participation and orchestras’ geo-political significance.

I explore these questions through a blend of practice-based research and empirical investigation – combining my work as a conductor and performer with my academic pursuits. A focus of my work has been to develop new technological solutions for addressing methodological hurdles in orchestral research, such as gaining access to performers thoughts and experiences while engaged in the act of performance and capturing micro-timing data from large numbers of orchestral players simultaneously.

My doctoral research at the University of Oxford studied creativity and authorship in orchestral performance by investigating the influences that shape orchestral players’ musical ‘decision-making’ in rehearsals and performances while my postdoctoral work on the AHRC-funded Transforming 19th-Century Historically Informed Practice studies the consequences for performers and listeners on experimental approaches to 19th-century style, with a focus on the effects of ‘expressive asynchrony’.

Cayenna is also Director of Performance at St Catherine’s College and Associate Conductor of the Orchestra of St John’s. She holds postgraduate degrees in orchestral conducting, percussion and musicology.