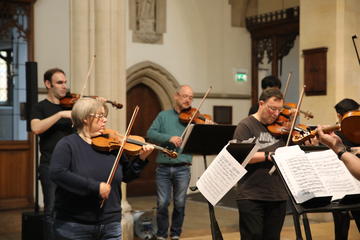 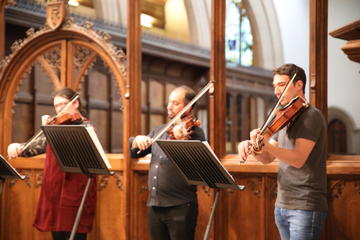 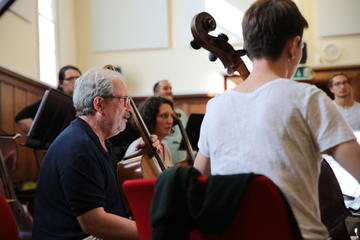 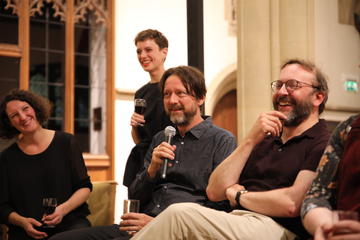 Thanks to the generous support of the OUP John Fell Fund the TCHIP engaged in an ambitous project in August 2019 to explore C19 expressive asynchrony by launching a professsional string orchestra to experiment with aspects of nineteenth-century style.

Accordes! is a professional string orchestra comprised of leading performers and performer/scholars who have specialist expertise in C19 historically informed performance. This international group of performers are normally based in different locations around the globe but came together in Oxford to explore innovative approaches to late 19th-century style as part of the TCHIP project.

Directed by violinist and TCHIP Principal Investigator Claire Holden, Accordes! performed and record Serenades by Tchaikovsky and Fuchs. Five days of intensive rehearsal and experimentation were followed by a public concert on 5 September 2019, 7.30pm at SJE Arts on Iffley Road in Oxford. The performance was a rare chance to hear specialist performers perform these works with historically-evidenced C19th-century expression and with instruments set-up with historically appropriate (high tension) strings.

In addition to the historical research, rehearsal/ experimentation process, public concert and professional studio recording, there was also an empirical research process led by Eric Clarke and Cayenna Ponchione-Bailey investigating performer experiences, audience responses and objective measures of the sounding outputs of the ensemble. READ MORE...

In the days following the concert Accordes! made a studio recording of both works to be released commercially.