The Accordes! Project is both a practice-led endeavour, with a public concert and professional recording as principal outcomes and an innovative opportunity for empirical research. During the two weeks of the orchestra’s residency in Oxford a threefold perspective on the orchestra’s historically-informed approach to the repertoire tracked the development of their approach, experience and sound, together with audience responses and listener judgements. Using newly devised research methods, the project investigates the objective characteristics and subjective effects of historically evidenced approaches to orchestral string section sound. In doing so it makes a significant research contribution to the interdisciplinary field of performance studies, and to professional practices in HIP. 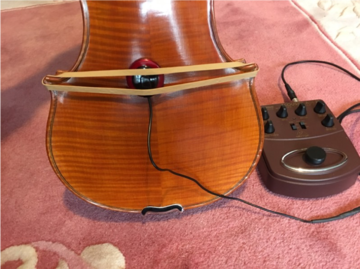 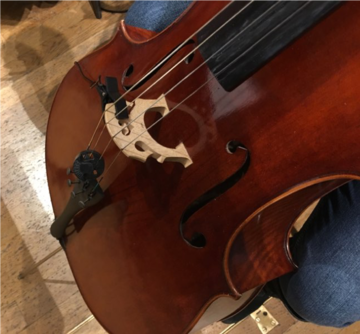 The rigorous study of musical performance has its origins in research carried out by psychologists at the start of the 1980s. Much is now understood about the control and expressive consequences of variations in timing, dynamics and articulation in solo performance, and to a much lesser extent in small ensembles. Almost nothing is known about those aspects of orchestral performance. The 5-year TCHIP research project within which this specific sub-project is embedded has adopted a productive combination of historical, practical/applied, and empirical methods to the study of C19th orchestral and chamber music performance and ‘pre-performance’ (rehearsal practices, physical disposition, parts, programming, etc.). The specific focus of the Accordes! sub-project is orchestral string sound, combining: i) quantitative data on musicians’ interpersonal coordination; ii) qualitative data from the participating performers, and iii) audience response data from the resulting performance. This is the first large ensemble research of this kind ever undertaken. Integral to taking a holistic and interdisciplinary approach, is experimenting with aspects of critical organology (especially in relation to the tension of gut string set-ups), and instrumental techniques (including fingering conventions, bow strokes, portamenti).

The rehearsal and performance practices explored in this project stem from archival evidence for C19th approaches to string techniques and ensemble coordination that have been brought together from other parts of the project. On the basis of this evidence, the professional ensemble recruited for this specific project, led by the project PI (Claire Holden) undertook an intensive period of workshops and rehearsals culminating in a public performance of two specifically chosen works from the string orchestra repertoire, and a professional recording made in the week following the performance. All three phases of the project (workshops/rehearsals, public performance, recording sessions) were the subject of intensive observation, and qualitative and quantitative data collection – in addition to providing the sound materials for subsequent listening studies.

The works chosen are the Robert Fuchs 1st Serenade (1874) and the Tchaikovsky Serenade for Strings (1880). Fuchs was the composer most associated with serenades for string orchestra in the late C19th and his development of the genre was influential on many contemporary and later composers including Gustav Mahler; however, today his works are seldom performed. Almost none of the performers in the orchestra had encountered this work prior to the project. The Tchaikovsky Serenade, in contrast, was familiar to the players, providing an important comparison of performer reactions to adopting C19th timing and ensemble practices in known and unknown repertoire. Both of these multi-movement works present excellent opportunities for radically different (historical) approaches to (a)synchrony and individual agency. Both also date from the period when the use of expressive asynchrony was at its zenith.

The TCHIP project has developed a unique recording system, based on a large array of contact microphones (22 – accounting for every individual player – in the specific case of Accordes!) allowing access to timing data from individuals in an orchestral string section, and inter-player coordination. These data constitute primary quantitative evidence for (a)synchrony in orchestral HIP. Using pilot data (from a previous sub-project), e have developed a number of statistical strategies for analysing the resulting abundant and complex timing data.

Using the polling app Socrative combined with audio- and video-stimulated recall (using the MERID response platform developed by Ponchione-Bailey and Bailey), members of the project team have developed robust methods to elicit and record fast turnaround data from participating performers on their subjective experiences of, and commentaries on, different rehearsal and performance approaches to specific passages of music. These methods provide us with important insights into player experience over the period from the start of the rehearsal period up to the completion of the profession recording.

Quantitative and qualitative judgements of audience members and listeners

Using a combination of questionnaires (including Likert-type scales) and post-concert discussion methods, we have collected data on audience responses to the performance. In a separate process we have also collected the purely auditory judgements of listeners with varying degrees of specialist knowledge under acousmatic listening conditions (again using Likert-type scales), enabling a comparison of the responses of listeners under live (audio-visual, situated, and collective) and acousmatic (not in the presence of the performers, dis-located, solitary and purely auditory) circumstances.

A number of publications will document and discuss this and the related sub-projects. An early and extensive account of the methods is already published in a special issue of Nineteenth-Century Music Review, a second will appear in a chapter in an edited volume, and a third will constitute a section of the edited volume Practice in Context. Historically Informed Practices in Nineteenth-Century Instrumental Music to be published by Oxford University Press.